Infographic: The Internet Then and Now

In 1969, the same year that man first set foot on the moon, four American universities collaborated on a project called the Advanced Projects Agency Network (ARPANET).  These four institutions—University of California Los Angeles, Stanford Research Institute, University of California Santa Barbara, and University of Utah—created the first successful computer network.  In a time when computers were huge, cumbersome, and not very user friendly, the foundation for the Internet was born.

No one on the original ARPANET team could have imagined what was being created.  From a system that could only send two letters of a one-word email before crashing came a system that supports almost 300 billion emails in a day.  Since the military released control of ARPANET in 1984, which then merged with the National Science Foundation Network, the recognizable Internet was crafted.

In the intervening years, the Internet has increased its power from trafficking information at 56 kilobytes per second to 7.6 megabytes per second.  Today’s users upload an average of 42,000 videos, create over 1.6 million Tumblr posts, type 6 million Tweets, and click over 2 million Facebook “likes” in just one hour. Even this infographic with its accompanying video is a prime example of the use and power of the Internet for the everyday user, and how the demand and capabilities will continue to grow exponentially in the coming years. 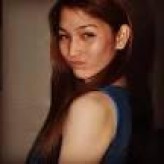 Previous ArticleSocial Media’s Rise from College Outsider to Campus All Star
Next ArticleForget Blogging, It’s All About ‘Vlogging’
THE Skinny
Socialnomics Trends October 1, 2022